Sintra National Palace viewed from the Castle of the Moors

The palace has the largest collection of Mudéjar Azulejos in the world and its twin 33 metres high chimneys are the symbol of Sintra.

After the Reconquista (Reconquest) of Portugal , the Palace passed into the possession of the Crown and was extended three times.

In 1281, King Denis decreed that the conservation of the Palace should be entrusted to the enfranchised Moors.

In the first quarter of the 16th century, King Manuel I added several wings and in particular enriched the interior, which now possesses the most important collection of Mudéjar Azulejos (coloured glazed tiles) in the world.

The successors of Manuel I neglected the Palace and it was refurbished in the 17th century, when King Afonso VI (1643-1683), mentally and physically ill, was dethroned in 1667 and exiled to the Azores by its brother, Peter II , was detained in the Palace in 1675 for the last nine years of his life.

Sintra National Palace viewed from the Castle of the Moors 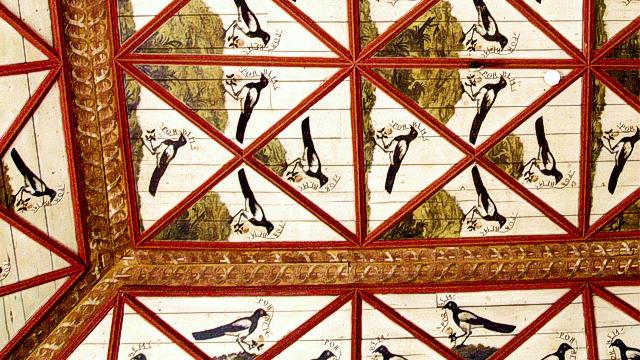 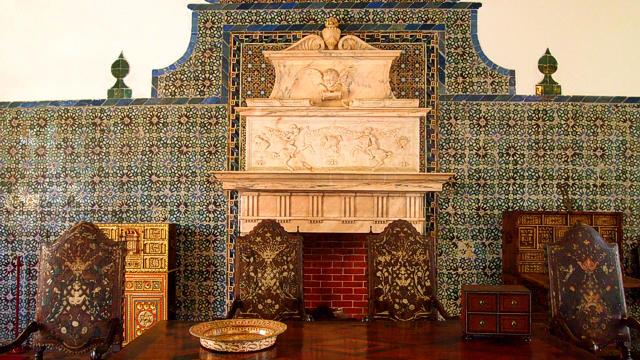 The room takes its name from its magpies painted ceiling. Each magpie holds a rose (symbol of the Queen Philippa's House of Lancaster) and says "Por bem" (Without bad meaning).

The legend says that her husband, King John I (1357-1433) was caught by court women kissing a lady which led them to chatter like magpies.

The King defended himself that the kiss was "Por bem" (Without bad meaning) and got the ceiling painted by 136 magpies, one for each women of the court, so that they do not forget their duties of courtesan. 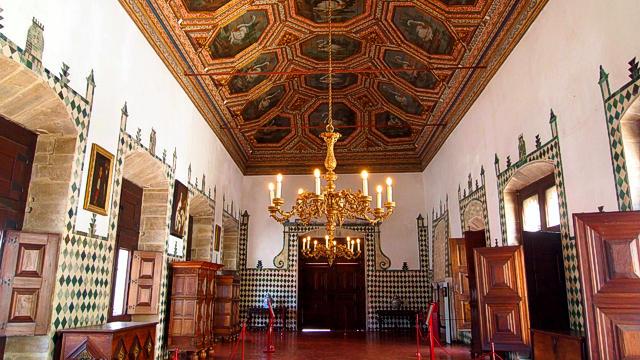 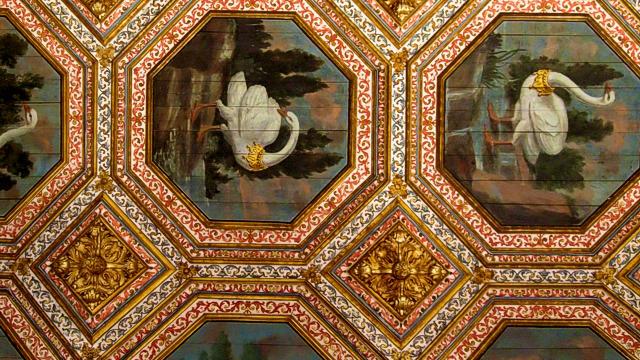 The Sala dos Cisnes (Swan Room) evokes the royal marriage of the lnfante D. Isabel de Portugal with the French Duque of Burgundy Philip the Good in 1430, its ceiling being divided in octagonal panels decorated with swans. 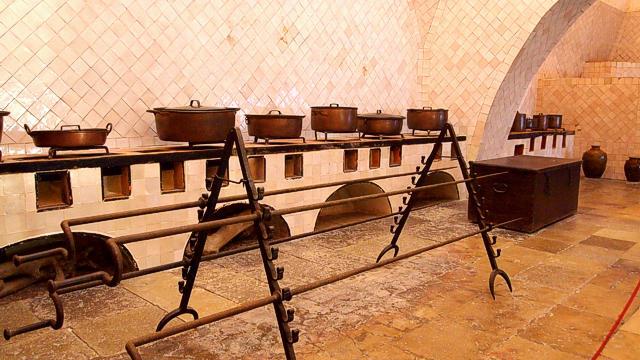 The Palace's kitchen is huge and allowed to cook for over thousand guests, roasting entire beeves on its spindles.

It is topped by twin 33 metres high chimneys, feature of Sintra's landcsape.

The room, erected by King Manuel I in 1508, exhibits the coats of arms of his contemporary 72 noble Portuguese families.