Built in the last quarter of the 18th Century by Daniel Gildemeester, at the time Dutch Consul in Portugal, this palace was given its present form after the enlargement works carried out in first years of the 19th Century, when it belonged to Dom Diogo José Vito de Meneses Noronha Coutinho, 5th Marquis of Marialva and Royal Chamberlain.

This aristocrat was responsible for building the east wing and the majestic triumphal arch surmounted by the Royal coat-of-arms and a medallion with the effigies of King John VI (1767-1826), at the time still Prince Regent, and his wife Carlota Joaquina of Spain to commemorate their visit to the Palace in 1802. 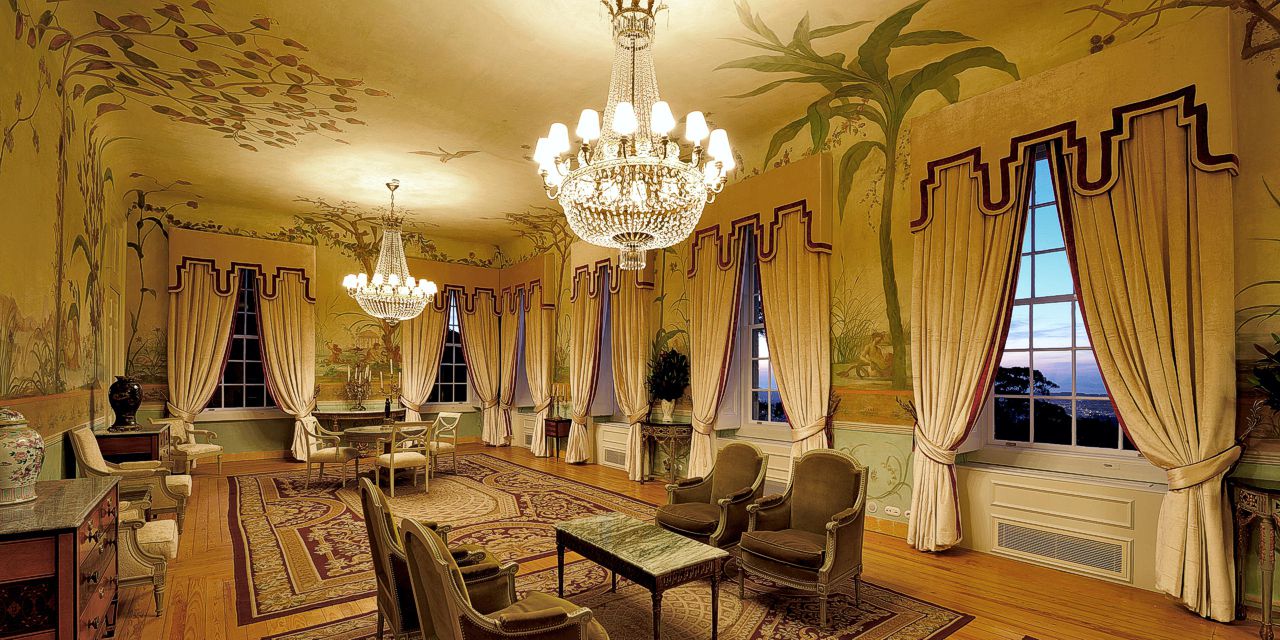 The interior is notable for spacious rooms decorated with frescos attributed to the French painter Jean-Baptiste Pillement .

The Portuguese State acquired the Palace in 1946.

In 1954, while preserving its original features, it has been converted into a luxury hotel .

All of the Palace's furnishings, most of which date back to the 18th century, have been restored by the highly regarded Espírito Santo Foundation.

This painstaking and highly skilled work involved 14 art workshops and the dedication of around 30 artisans over a period of 10 months.

The treasures in the Tivoli Palácio de Seteais include approximately 2,000 works from different fields such as furniture, lighting, textiles, tapestries, oils, murals, paintings, etchings and porcelain. 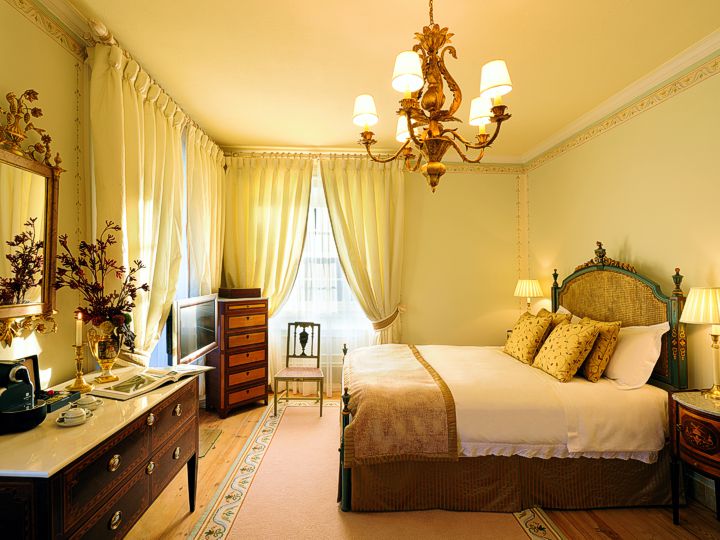 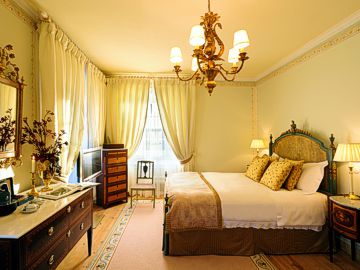 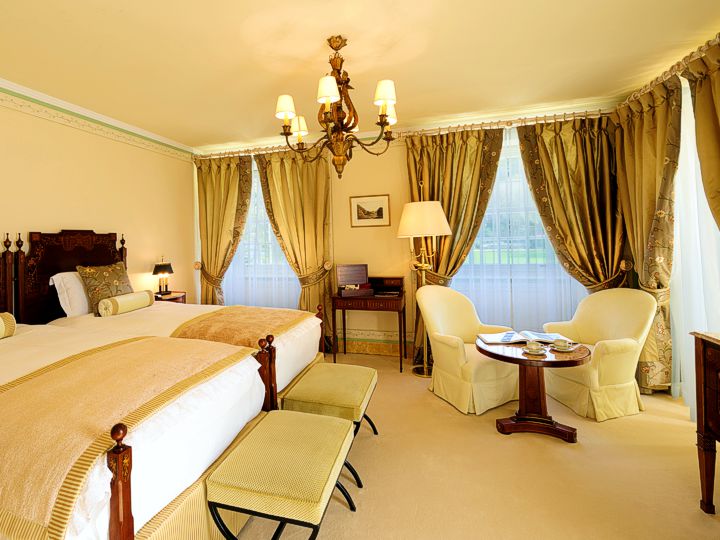 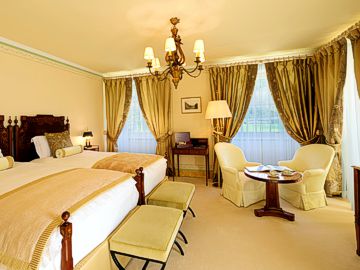 All the rooms have traditional Portuguese carpeting on original wood flooring which matches the designs and shades of the walls, decorated with period engravings and illustrations.

The 30 rooms, which size varies from 21 to 32 m², are furnished with Neo-Classic , Neo-Romantic and Empire style pieces. 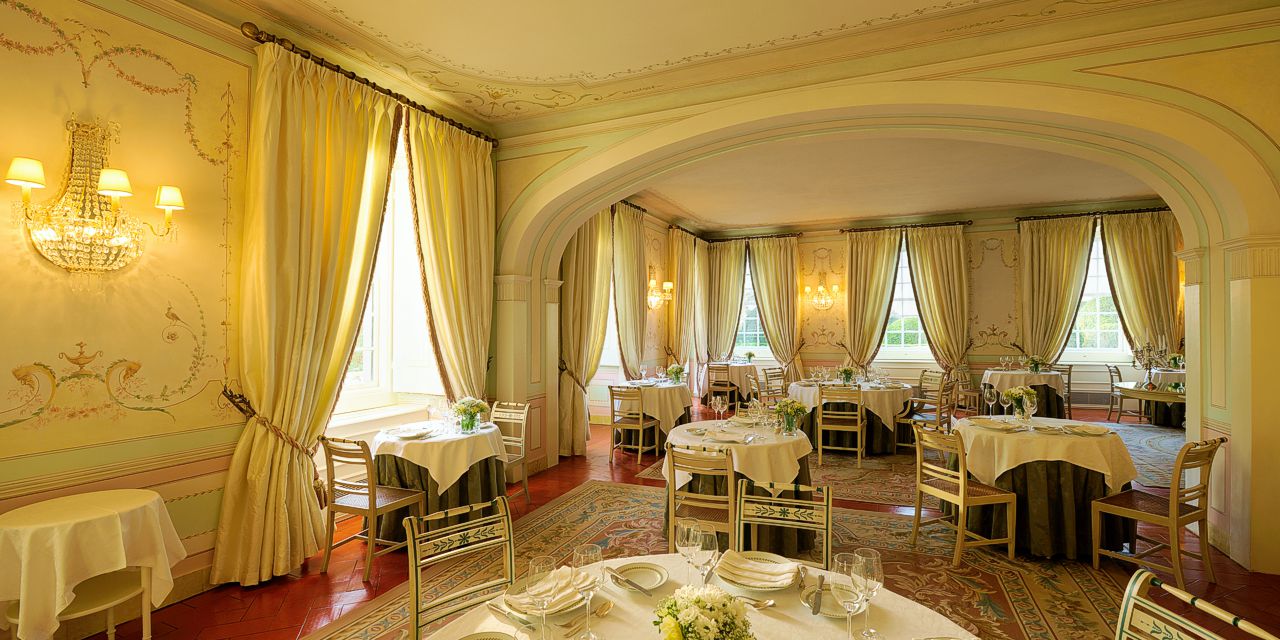 An experience as tasty as it is unforgettable, the Portuguese Afternoon Tea is a delicious tradition with different teas, refreshing fruit juices, home-made cakes and jams made from recipes handed down from generation to generation. 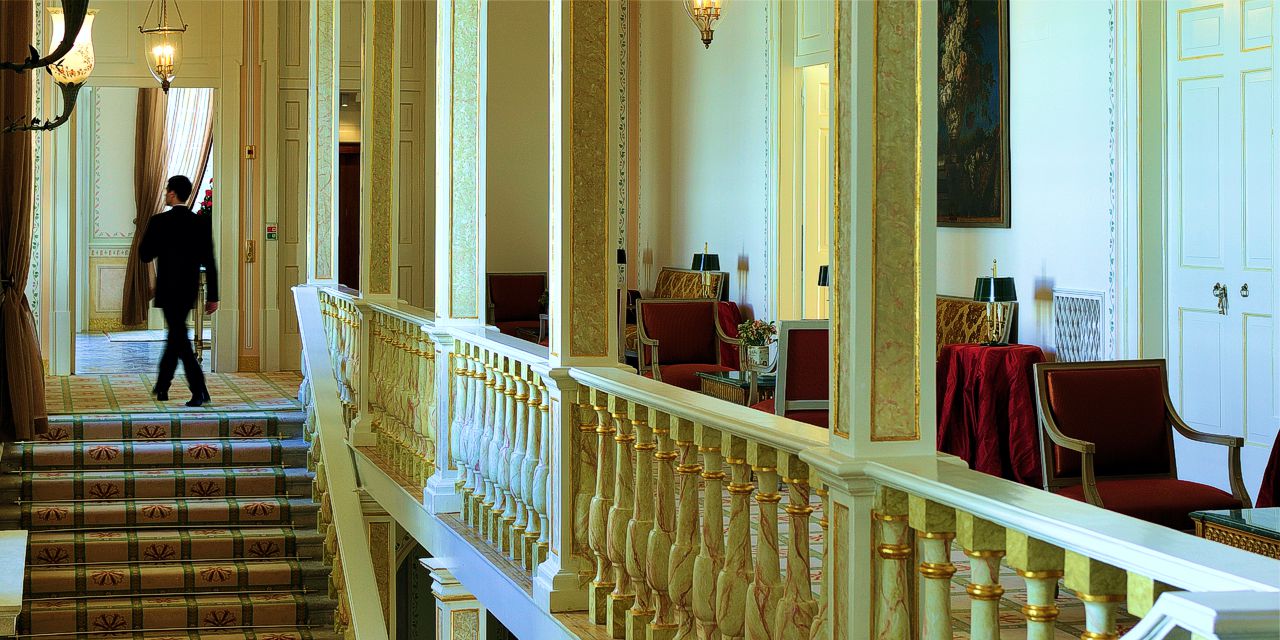 7 minutes to and from Sintra Train Station 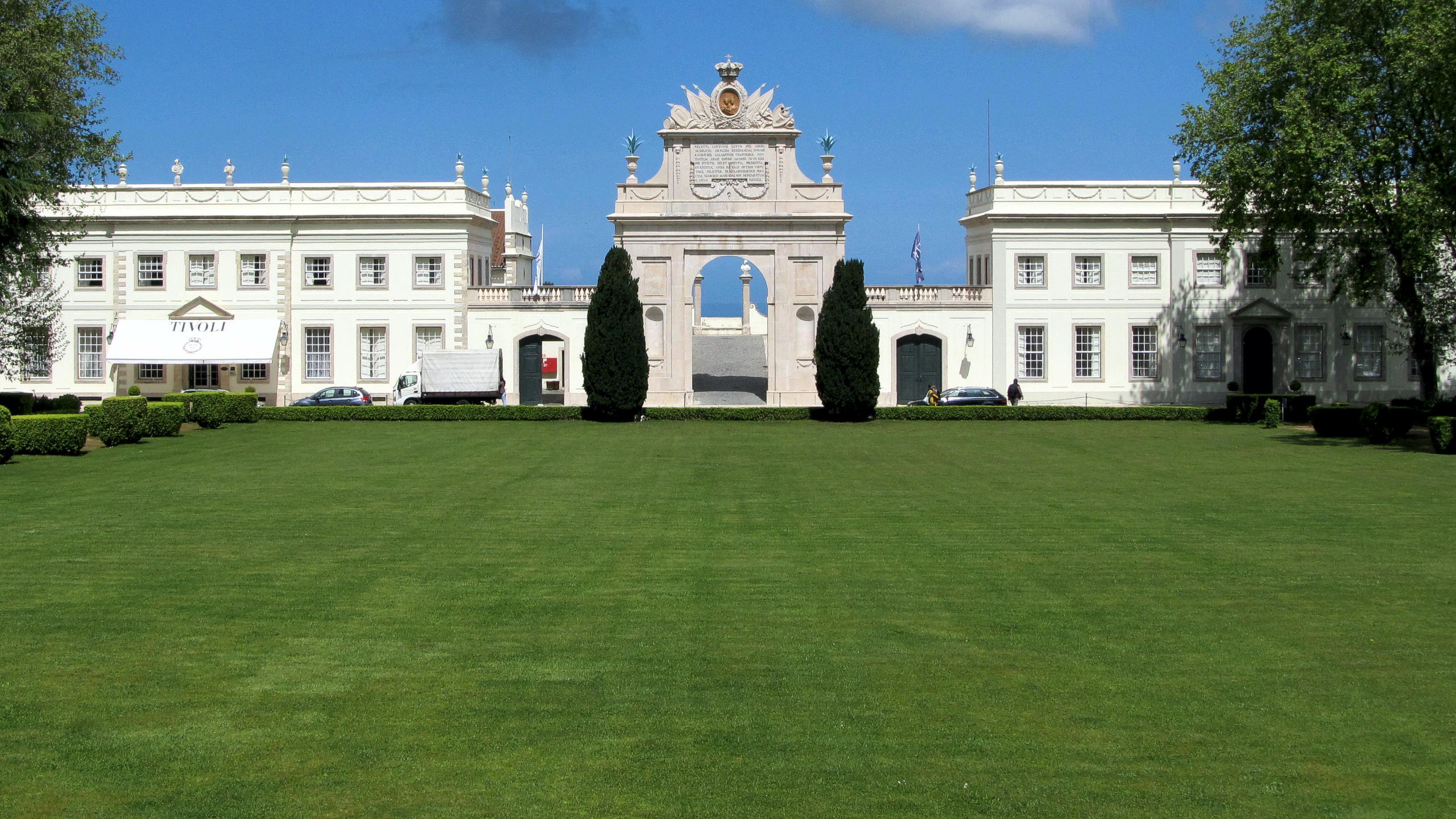