Winding over two ridges of the Serra de (Mountain of) Sintra, the Castle dates back to the early days of the Moorish occupation of the Peninsula, the 8th century.

Around 1100, while Portugal was still under Moorish domination, the castle changed hand several time as the Christian Kings during the Crusades , nor the Arabs Emirs could keep the position a long time.

In 1108, the Norwegian King Sigurd the Crusader conquered the Castle while on his way to Jerusalem.

Later on the castle lost its strategic importance as, peace being restored, there was no more need to protect the population inside its walls and was therefore abandoned.

He restored the medieval ruin and afforested the surrounding areas, giving it a new dignity.

The latest restoration happened in 1940 for the ceremonies celebrating the foundation of Portugal.

View from the Castle featuring Sintra's Palace in the arch 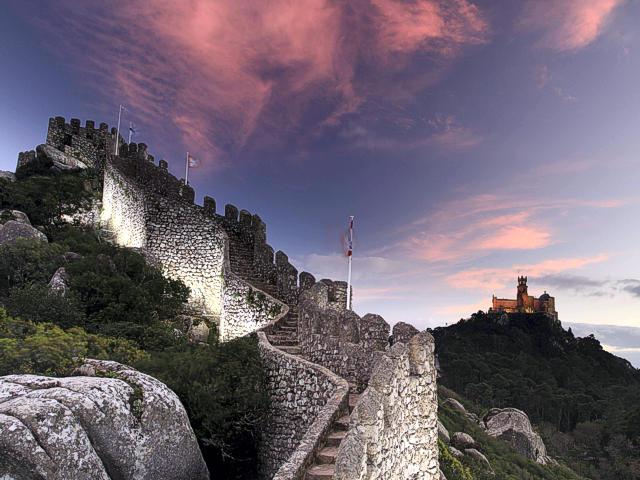 From the top of the walls, it is possible to admire Sintra and its Palace, the Pena Palace, the ocean's coastline, the Praia (Beach) das Maçâs, the town of Ericeira & Mafra and the hills of Sintra, covered in green and dotted with beautiful homesteads and romantic chalets.

The castle has an irregular plan and is composed of a double belt of walls.

Inside, a cistern, fed by a source which later on was canalised to the city's Palace. 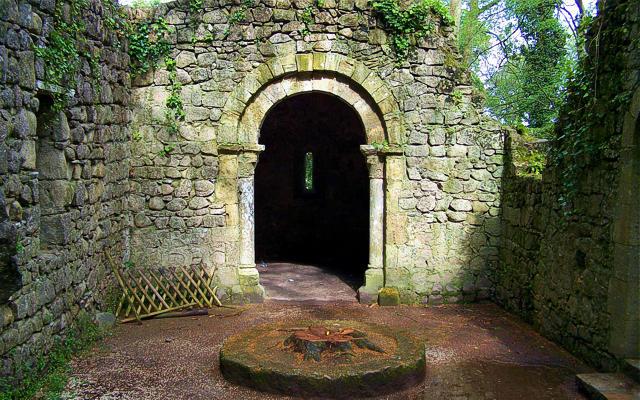 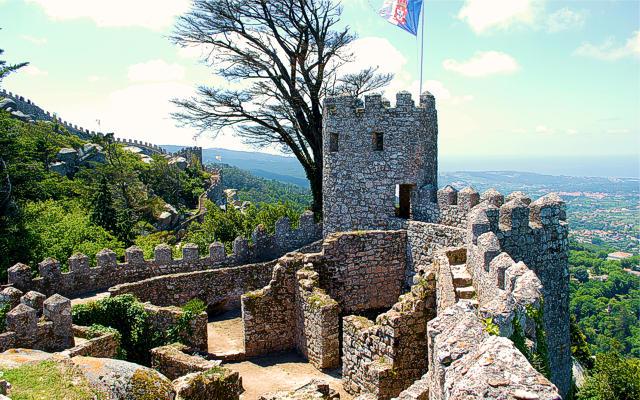 One of the fortified towers

After reconquering Lisbon in 1147, Afonso I built inside the walls the Romanesque Chapel of São Pedro, of which interesting traces remain, next to the oppidum, where there is also an Arab horseshoe arch gate and remains of houses.

This chapel retains two interesting Romanesque doorways and in the chancel are traces of fresco paintings, as well as several tombs from the former medieval necropolis.

Archaeological excavations, that may be observed by visitors, are currently underway and these have already cleared up many of the questions about the history of human presence in this area.

9 minutes from and 20 minutes to Sintra Train Station 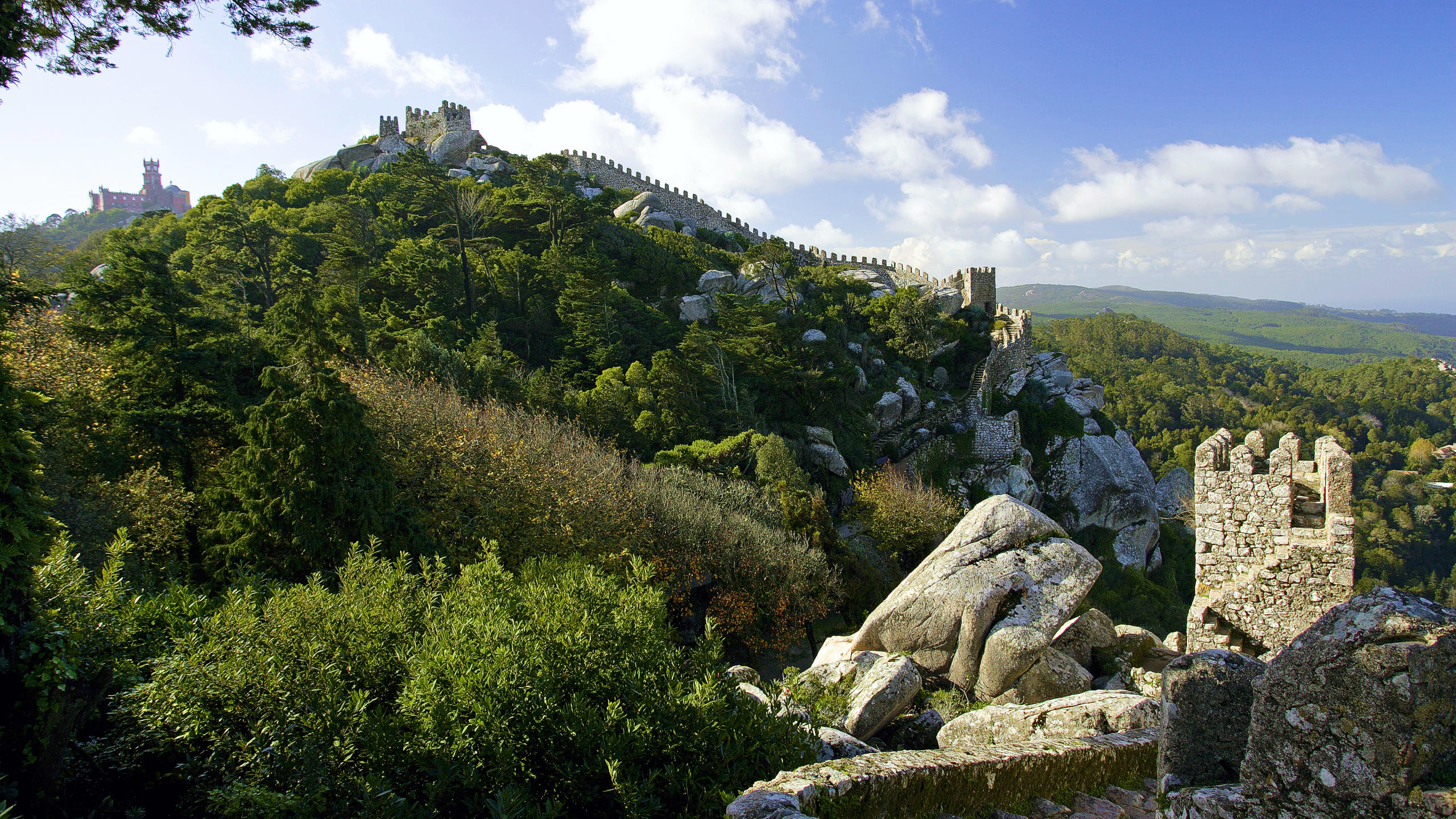